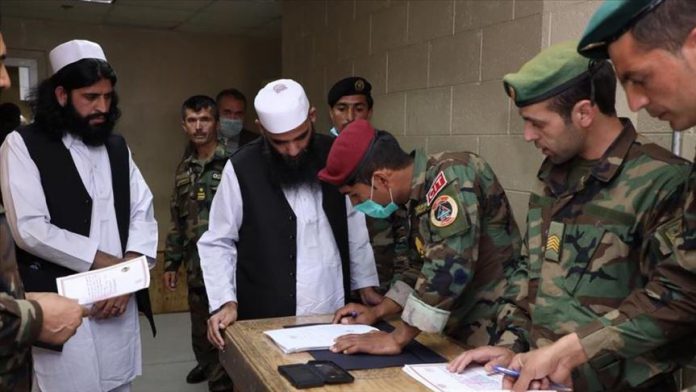 Despite pulling out of technical talks with the Afghan government over troubled prison swap, the Taliban militants announced Sunday to release 20 government prisoners.

“Today, 20 prisoners of the Kabul Administration [Afghan government] will be released by the Islamic Emirate of Afghanistan [Taliban] and handed over to ICRC [International Committee of Red Cross] in Kandahar,” Suhail Shaheen, the spokesman for the Taliban’s Qatar office, said on Twitter.

Today, 20 prisoners of the Kabul Administration will be released by the Islamic Emirate of Afghanistan and handed over to ICRC in Kandahar.

Inter Milan lead Serie A despite draw against Roma