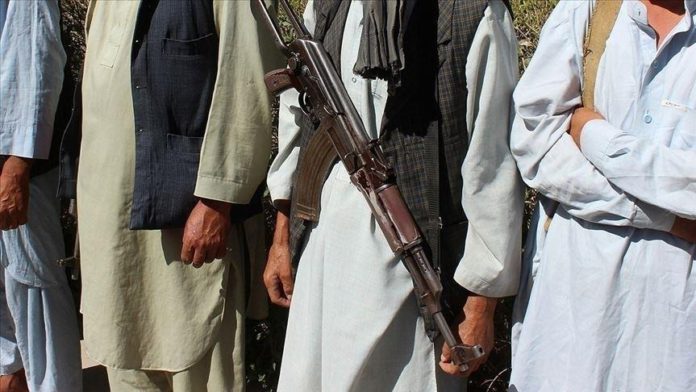 Amid the resumption of intra-Afghan negotiations in Doha, the Taliban supreme leader on Sunday expressed his desire for a peaceful settlement of the ongoing conflict in Afghanistan.

In his annual Eid al-Adha message, Mawlawi Hibatullah Akhundzada claimed that they have become stronger, better organized, well-equipped, and more robust compared to the past after the withdrawal of foreign troops.

However, Hibatullah’s message fell short of expectations for a cease-fire in the war-ravaged country.

In reference to the over 150 districts overrun by the Taliban since President Joe Biden announced the US withdrawal plan in May, the supreme leader stated that the Taliban favor a political settlement in the country, and vowed that every opportunity for the establishment of “an Islamic system” will be taken full advantage of.

“We have opened a Political Office for ease of negotiations and political track, have appointed an authoritative negotiations team, and are committed to finding a resolution through talks on our part, but unfortunately, the opposition parties are still wasting time. Our message remains that instead of relying on foreigners, let us resolve our issues among ourselves and rescue our homeland from the prevailing crisis,” he said.

The Taliban leaders also vowed to seek good and strong diplomatic, economic and political relations with the US.

“We assure all foreign diplomats, embassies, consulates, humanitarian organizations, and investors that they will not face any problems from our side, rather we will exert all efforts for their protection and security,” Hibatullah said, adding that the foreign diplomatic missions should continue their work and not feel a sense of apprehension from the advances of the Taliban.

He also announced instructing the Military Commission to give special attention to the protection and safe return to homes of the soldiers who have surrendered.

The Afghan forces claimed to have recaptured at least 24 of the districts seized by the Taliban since May.

Ajmal Omar Shinwari, the spokesman for the country’s armed forces, said 24 districts have been liberated from the Taliban control as a result of defense and security operations

Speaking at a news conference in Kabul, he said the defense and security forces launched 244 ground and air operations in the last four days, killing 967 Taliban fighters and injuring 596 others.

This comes as a crucial round of the long-stalled intra-Afghan peace talks began on Saturday in the Qatari capital of Doha, with senior representatives from the Afghan government and Taliban seated across the table.