TurkishPress
Home News Taliban must be judged by their actions, not words: Italy 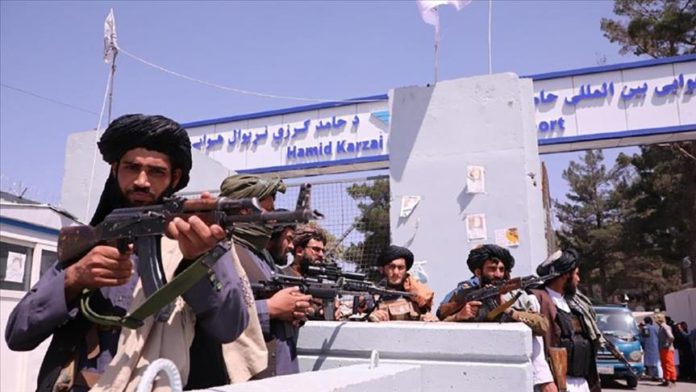 In the wake of the group taking over Afghanistan last month, the Taliban should be judged by their actions, not by their words, Italy’s foreign minister said Tuesday.

“Italy’s approach is the shared approached at the European level. We discussed this last week at the informal meeting of the union’s foreign ministers in Slovenia,” Luigi Di Maio told the Italian Senate.

“In order to continue our support for the Afghan people, we agreed that we will judge the Taliban on the basis of their actions and not their statements.”

Di Maio said the actions of the Taliban will be evaluated according to five criteria: cooperation in the fight against terrorism and drug trafficking; respect for human rights, especially for women and minorities; establishment of an inclusive government; guarantees of safe humanitarian access; and free passage to those who want to leave the country.

He said these parameters were also discussed during his recent visits to Uzbekistan, Tajikistan, Qatar, and Pakistan.

By flying out 5,011 people, including 4,890 Afghans, Italy is the European country that evacuated the largest number of Afghan citizens, he said.

“We are currently in a new phase of crisis management and planning. Italy will continue to help Afghans who want and have the right to leave the country,” he added.

Di Maio said that Italy is working with countries that will cooperate for the future operation of Kabul airport, especially Turkey and Qatar, adding that his Qatari counterpart reassured him that security will be restored at the airport.

As term president of the G20, Italy wants to hold an extraordinary G20 summit on Afghanistan and the aftermath of the Taliban’s return to power, Di Maio reiterated.

Also on Tuesday, Italian Premier Mario Draghi and Chinese President Xi Jinping discussed the “latest developments in the Afghan crisis and the possible forums of international cooperation to address it, including the G20,” according to Italian news agency ANSA, citing a government statement.

*Writing and contributions by Busra Nur Cakmak in Ankara.