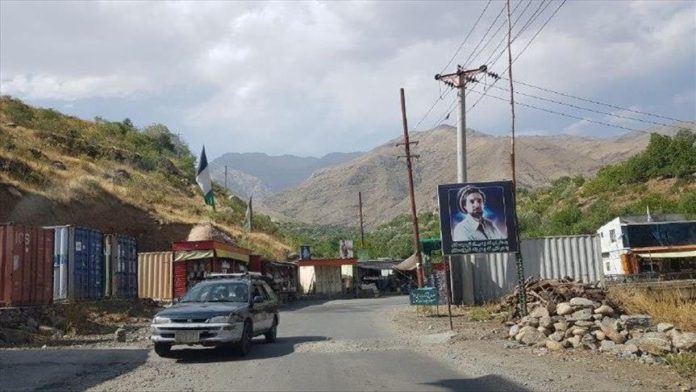 ISLAMABAD (AA) – With negotiations stalled, the Taliban have marched on Afghanistan’s last remaining province out of their control, Panjshir, the group confirmed on Wednesday.

In a new audio message, the Taliban’s top negotiator Amir Khan Mottaki urged the Panjshir residents to either convince or reject those “still insisting upon war from this small territory.”

“When they (resistance forces) could do nothing with the US and NATO support in the past 20 years, they can do nothing now,” he said, promising to adhere to the general amnesty for all.

According to Mottaki, talks have been going on for some time with the people of Panjshir for a peaceful solution to the problem, but no agreement has been reached.

According to various pro-Taliban social media accounts, fighters of the group have besieged Panjshir from four directions and captured the southern Shotul district of the province located 125 kilometers (77 miles) from the capital Kabul.

Meanwhile, a spokesman for the anti-Taliban “Resistance 2.0” group in Panjshir, Fahim Dashti, said on Tuesday that a major Taliban attack has been thwarted. In an audio statement, Dashti said “heavy casualties” were inflicted on the Taliban.

Earlier, talks were held in Afghanistan’s Parwan province between the Taliban and politicians from the resistance movement of Panjshir to resolve the impasse.

Former Deputy Speaker of the Senate Mohammad Alam Izdiar, a senior politician from Panjshir, said in a statement last Thursday that a 12-member delegation of the “Panjshir Resistance Front,” headed by Mohammad Almas Zahed, “a jihadi commander,” met with a Taliban delegation in Charikar, Parwan.

The Taliban have declared “amnesty” for everyone in Afghanistan and called on citizens to return to work.