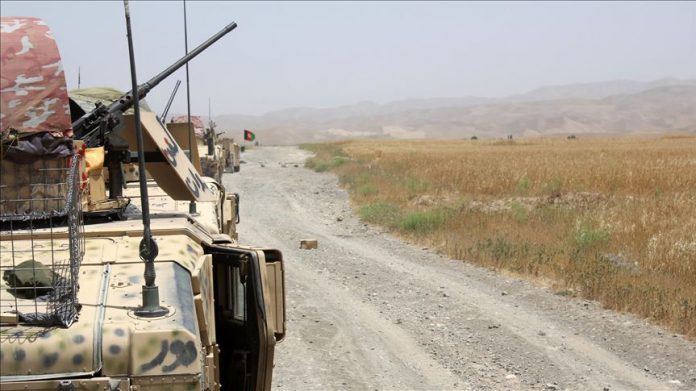 At least 10 Afghan soldiers were killed in a Taliban-claimed assault on their base in the restive Helmand province, officials confirmed on Saturday.

The Afghan National Army’s 215-Maiwand Corps said in a statement that 18 soldiers were at the base at the time of the bomb attack in the Sangin district. In addition to 10 soldiers killed, four were wounded, and four repelled the Taliban attack, it added.

Omar Zwak, spokesman for the provincial administration, told Anadolu Agency the insurgents wanted to storm the base by entering a tunnel made by the blast.

May 27, 2020
ANKARA  The Libyan army announced early Thursday that it had destroyed 10 armored vehicles belonging to warlord Khalifa Haftar's militias in the country's south.   Army units...

May 27, 2020
ANKARA Schalke disappointed its fans again Wednesday, losing 2-1 to Fortuna Dusseldorf in the German football league. US midfielder Weston McKennie scored the opener in the...