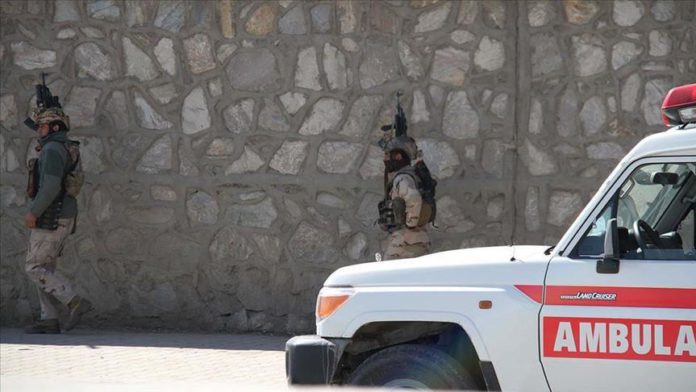 It said in a statement that the incident took place in the Dand-e-Pathan district, heartland of the Haqqani Network, an offshoot of the Taliban. The Defense Ministry said a number of insurgents were also killed without specifically mentioning the toll.

Earlier, in a first official reaction on extension of reduction in violence, Afghan government announced on Friday the easing of hostility that started during the Eid holiday continues to stay in place.

The National Security Council said in a statement that the detente that started on Eid continues despite reports of scattered incidents to the contrary.

”A cease-fire is a complex operational undertaking that requires significant and ongoing coordination to avoid incidents. Those efforts will continue”, it said days after at least two deadly encounters between the two warring factions in northern Parwan and southern Zabul provinces claiming lives on both sides.

Parallel to it, both the government and the Taliban have also resumed technical talks for the stalled prisoners swap process.

NSC spokesman Javed Faisal told Anadolu Agency these talks, which were canceled by the Taliban last month over differences regarding the prisoners swap process, resumed on Thursday. “A technical delegation of the Taliban is in Kabul to work with a technical team of the government of the Islamic Republic of Afghanistan on the release of prisoners of both sides,” he said.

In momentum with the cease-fire announcement, the Taliban’s Qatar office last evening announced the release of at least 80 more captive security forces. Its spokesman, Suhail Shaheen said in a tweet that these service members were freed from northern Baghlan and Kunduz provinces.

The Taliban announced the three-day truce on Eid (May 24-27), which was reciprocated by the government and hailed by the international community. The group has not since announced resumption of attacks on government forces, positions or installations.

As per the US-Taliban peace agreement, 5,000 Taliban prisoners should be released from government prisons and the Taliban should release 1,000 captive security forces before the crucial intra-Afgan talks on future of the country begin. So far, the government has freed at least 2000 Taliban while the insurgents have freed at least 300 government forces.