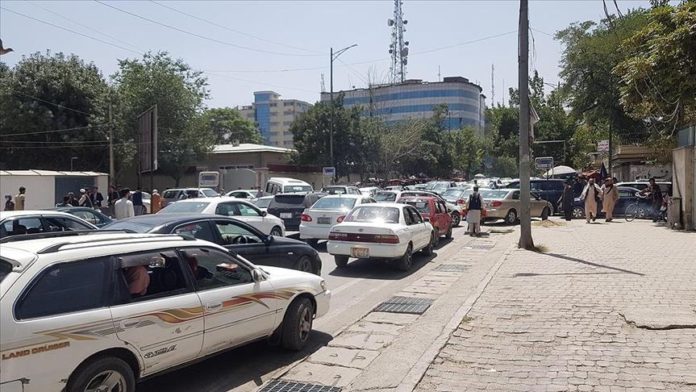 The Taliban on Sunday said that they are “awaiting a peaceful transfer of power” in Afghanistan.

Suhail Shaheen, a Taliban spokesman, told BBC that their forces have been instructed to remain on the outskirts of Afghanistan’s capital Kabul amid talks with the government on the transfer of power.

After the back-to-back crumbling of a number of key provincial capitals in a single day, the Taliban rallied their forces around all four corners of Kabul early on Sunday, igniting anxiety and panic in the country’s biggest city housing some six million inhabitants.

“The city and the power should be handed over to the Islamic Emirate of Afghanistan, and then in future, we will have an Afghan inclusive Islamic government in which all Afghans will have participation,” Shaheen said during BBC World’s live broadcast.

On behalf of the Taliban, he assured that the “people in Afghanistan, particularly in the city of Kabul, that their properties, their lives are safe. There will be no revenge on anyone.”

“We are the servants of the people and of this country,” he added.

Shaheen further rejected rumors that Mullah Baradar Akhund, head of the group’s political office in Qatar, is arriving in Kabul.

“He has not gone to Kabul, these are just rumors,” he said.

About concerns for women in Afghanistan, Shaheen said: “The policy is that women can have access to education and to work, and of course they will observe the hijab.”

While US troops began evacuating the country’s embassy in Kabul, NATO said its officials had been moved to “safe places” inside the capital.

US hits China over reports of Uighur 'family planning'