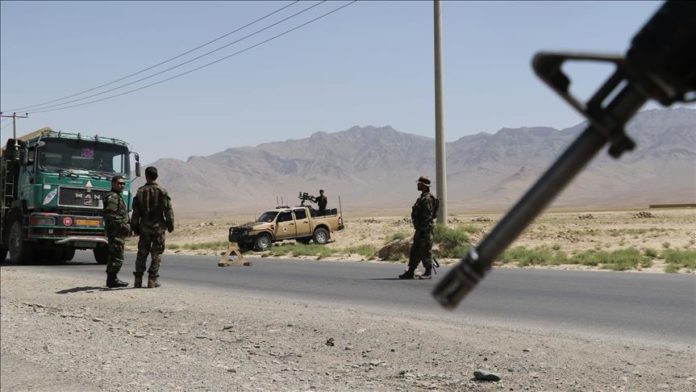 The advancing Taliban in Afghanistan on Wednesday entered Qala-e-Nau, the capital of western Badghes province bordering Turkmenistan, with which it became the first province in the war-ravaged country where Taliban entered the center in the wake of the US withdrawal.

In a video statement, Provincial Governor Hassamuddin Shams vowed all members of the security forces are stationed to guard the province, and will soon repulse the insurgents who have entered the city. Wearing military gear, the governor said the forces would protect Qala-e-Nau, while sounds of heavy gunfight could be heard in the background.

According to the local daily Etilat Roz, a number of local security officials along with some 100 security forces surrendered to the Taliban in the night before the insurgents stormed Qala-e-Nau, which proved devastating for the forces defending the provincial capital.

Meanwhile, pro-Taliban social media accounts have shared visuals of the convoys of armed insurgents marching on the city.

Since US President Joe Biden announced an exit plan from Afghanistan in May, the marching Taliban have captured over 100 districts, while the Afghan forces have claimed killing close to 200 insurgents in counter-terrorism offensives on daily basis.

*This is a developing story and more details will follow.