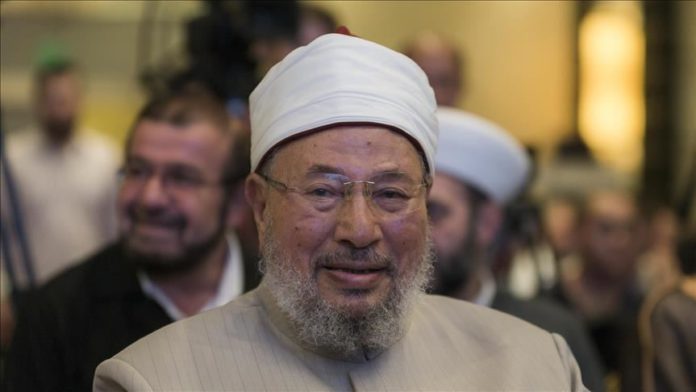 Taliban delegation to Qatar has visited the Egyptian prominent scholar Yusuf al-Qaradawi amid intra-Afghan talks between the Kabul government representatives and the Taliban.

Al-Qaradawi on Twitter posted his photo with the delegation at his house Monday, saying: “In my house, the participating delegation of Taliban in the ongoing intra-Afghan negotiations in [Qatar’s capital] Doha […] and talks about the diplomatic efforts to end decades of conflict.”

In a related development, the head of the International Union of Muslim Scholars Ahmed Raissouni said he met with the Taliban delegation in Doha.

The meeting, sponsored by Qatar, at the headquarters of the union dealt with the negotiation process between the Taliban and Afghan government and welcomed internationally.

Ghani’s visit came as representatives of the Afghan government and Taliban continue to engage in agenda-setting talks for the landmark intra-Afghan talks in Doha since Sept. 12.

According to the local Salam Afghanistan radio, the two negotiating teams are faced with a deadlock in talks, and a number of foreign mediators are trying to end the stalemate.

Mohammad Naeem, the Taliban’s Qatar office spokesman, has confirmed that Germany’s special envoy for Afghanistan Potzel Markus held a meeting with the group’s leadership on Sunday.

Israel goes back to virus lockdown amid 5,000 new cases