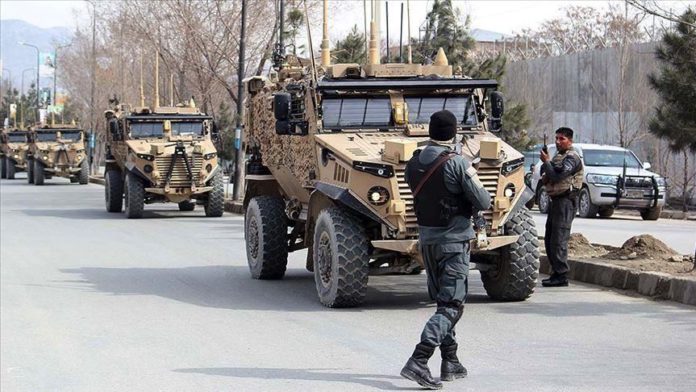 Umar Zwak, the spokesman for the provincial governor, told Anadolu Agency that Taliban insurgents orchestrated this attack in Grishk district late last night. He confirmed the number of casualties.

Claiming responsibility for the attack, Taliban spokesman Qari Yousef Ahmadi asserted that it was in “reaction to civilian casualties and violations [of the US-Taliban peace deal reached in February]” by the Afghan government.

“Several commanders, tens of soldiers and intelligence officials have been killed and wounded, he claimed in a statement.

Afghanistan’s Ministry of Interior Affairs on Saturday claimed over 1,000 civilians were killed and wounded in attacks by the Taliban in a little over two months.

Tariq Aryan, the ministry spokesman, told a press conference in Kabul that in the past 70 days the Taliban killed 387 civilians, wounded 590, and abducted 200 others. “In response to these attacks, the Afghan forces while maintaining the posture of defensive offense killed around 1,400 Taliban, he said.

The top US envoy for Afghan peace last week once again urged the warring parties to end violence and ultimately reach a cease-fire.

In a series of tweets, Zalmay Khalilzad said the violence from the Taliban had generated a violent response from government forces resulting in a “growing cycle,” which he described as “complex but inarguably a negative trend that must be reversed.”

Earlier, the UN mission in Afghanistan blamed the Taliban and other insurgent groups for 52% of 533 civilians including over 150 children killed in the first quarter of 2020.

Taliban rejected the report, blaming the air and ground offensives by the government forces for the bulk of civilian casualties.

The rejuvenated yet fragile Afghan peace process continues to face deadlock as differences persist over the proposed exchange of prisoners, the launch of intra-Afghan talks, and subsequent armistice.