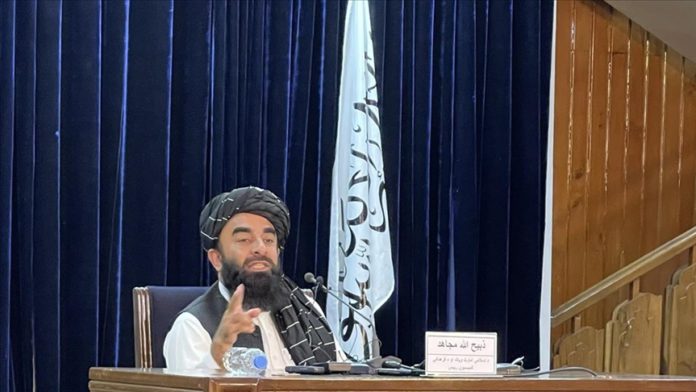 The Taliban on Monday claimed complete control of Afghanistan after saying they took over Panjshir Valley, the only province the group had not seized during its sweep last month.

“Panjshir, the last hideout of ‘escapee enemy’ is captured, there were no civilian casualties,” spokesman Zabiullah Mujahid told a news conference, aired live from the capital Kabul.

Earlier, he declared an end to resistance in the northern province in a tweet, assuring residents that they would be safe. “We give full assurance to the honorable people of Panjshir that they will not be discriminated against, they are all our brothers …,” he said.

Mujahid said the “Islamic Emirates of Afghanistan,” wanted to negotiate with the resistance group in Panjshir and solve the matter through dialogue, but negotiations “did not yield result,” and they decided to take the valley by force. Any insurgency will be hit hard, he added.

Asked why the formation of the new Afghan government had been delayed, he said it is because “we want to do a proper job.”

He said the new setup would be “inclusive,” and “could be interim.” “Let the government form, and we will later see whether the Constitution needs any changes,” the spokesman added.

He urged all Afghans to “return home and join the reconstruction and rebuilding of Afghanistan.”

Acknowledging the food shortage in Panjshir, he said supplies are being sent to the valley, while telephone and electricity services will also be resumed.

He did not confirm the whereabouts of the former vice president, saying he is said “to have fled to Tajikistan.”

The spokesman claimed to arrest almost everyone involved in celebratory gunfire, saying the group will not allow such incidents.

Mujahid thanked Turkey and Qatar for the partial resumption of services at Kabul airport, saying they are “working hard” to fully open the airport.

He said the Taliban want “good relations” with all neighbors, including China. “Peace and stability are pre-requisite for investments (in Afghanistan),” Mujahid said in response to a question on potential Chinese investments in Afghanistan.

He asked Afghan women, who protested for their rights recently, to avoid demonstrations because of the “sensitive” security situation.