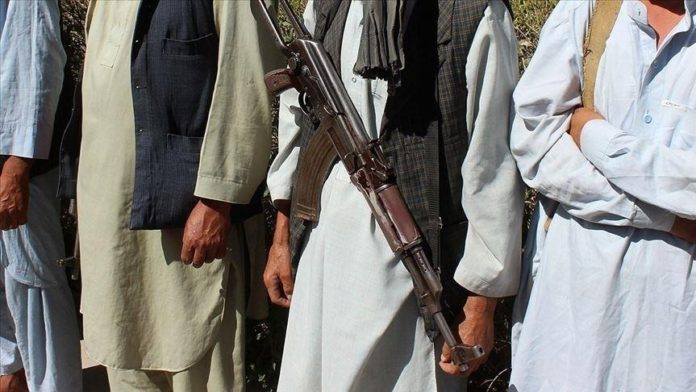 The Taliban claimed to have taken control of a key border town in western Afghanistan and a customs facility near a border crossing with Iran.

Since Thursday evening, pro-Taliban social media sites have been posting photographs and videos of the group’s armed fighters advancing towards the Islam Qala dry port in western Herat province near the Iranian border.

“The Islam Qala port of Herat province has fallen to the Mujahideen of the Islamic Emirate (Taliban),” the group’s spokesman Zabihullah Mujahed tweeted.

The latest development was confirmed by the country’s customs department on Friday.

Meanwhile, the Afghan Defense Ministry announced that over 100 Taliban were killed in various counter-terrorism operations in the last 24 hours.

While speaking to a gathering at the presidential palace on Thursday evening, Afghan President Mohammad Ashraf Ghani said the nation should not panic as anyone or any group that refuses to make peace will be considered rebels and suppressed.

“No one should have doubts. We are firmly going to rebuild this country,” he assured.

As the raging conflict has displaced over 30,000 more people in the war-torn country, the Afghan government welcomed Iran’s hosting of an intra-Afghan peace talk in Tehran on Thursday.

The Foreign Ministry in Kabul said Afghanistan welcomes the outcome of the Tehran meeting, which brought together Taliban and government representatives to discuss the fate of the stalled peace process.

Afghanistan’s government “appreciates and hails any genuine action that leads to the realization of the legitimate aspirations of the Afghan people and government to end the war, ensure lasting peace, and preserve the achievements of the last twenty years,” according to the ministry.

US President Joe Biden announced in May plans to withdraw all soldiers from Afghanistan before Sept. 11 but on Thursday he changed his decision and declared that the US military would leave by Aug. 31, months ahead of schedule.

However, since the first announcement, the marching Taliban have gained control of 100 districts, bringing their total to almost 200. Meanwhile, Afghan forces claim to have killed up to 200 terrorists daily in counter-terrorism operations.