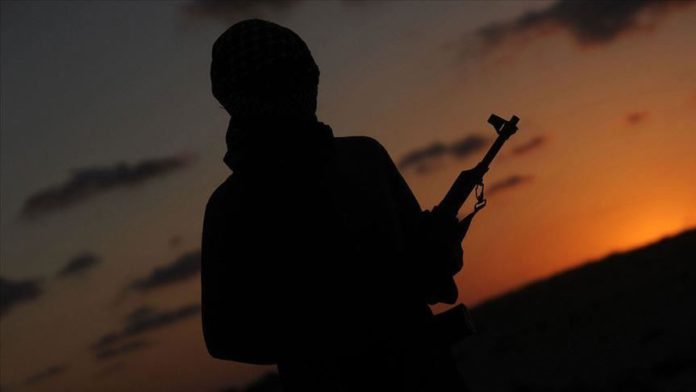 Afghan government on Monday blamed the Taliban for “blatantly violating” terms of their peace deal with the US signed in February.

Flanked by the country’s army chief and interior minister, Brig. Gen. Ahmad Zia Siraj, the head of the secret service NDS, told a news conference the Taliban continued their assaults across the country.

“The Taliban, after the peace deal with the US orchestrated over 3,800 attacks in different parts of the country, killing 420 civilians and wounding 906 others”, he said.

Speaking at the news conference, army chief Gen. Bismillah Waziri and Interior Minister Massoud Andarabi said although the Taliban did not announce their annual spring offensives this year, but they intensified their unannounced attacks across the country, leaving Afghan forces to adopt offensive mode.

The Taliban on Monday claimed a truck bombing in Ghazni city as part of their last year’s “Al-Fath” offensives killing five people.

Gen. Waziri added that in line with the directives of President Mohammed Ashraf Ghani, the Afghan forces have commenced offensives across the country.

The Taliban rejected the allegations.

“They [Afghan government officials] are a big hurdle in the implementation of peace agreement and they do not want to make it a success because they fear they will lose power”, he said, blaming the Afghan forces for carrying out more attacks than the Taliban.

The rejuvenated yet fragile Afghan peace deal hinges on a slow-moving prisoner swap that is testing the patience of the erratic warring parties.

In line with the landmark US-Taliban peace agreement cautiously welcomed by the Afghan government that felt sidelined, some 5,000 Taliban prisoners should have been released from government prisons in exchange for the release of around 1,000 security forces weeks ago.

But the freeing of prisoners came to a halt this month less than halfway through amid bitter exchanges of allegations and a surge in violence across the war-ravaged country.

The country’s National Security Council (NSC) declared last week the government would hold up the phased release of insurgents until the Taliban completed the release of at least 200 security forces.