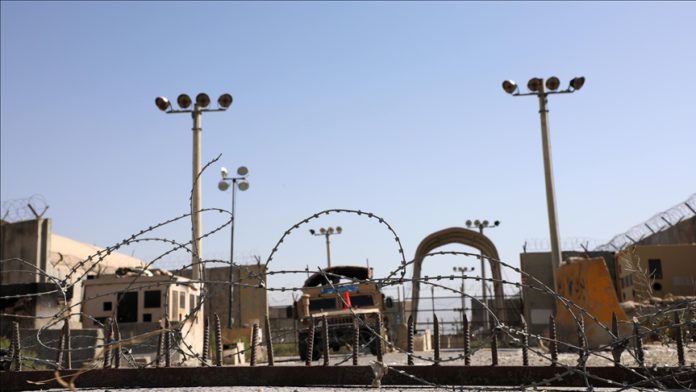 Afghan authorities on Sunday claimed to have thwarted a Taliban attack on the Bagram Airfield recently vacated by US forces after 20 years of occupation.

According to Bagram district Governor Sheren Rufi, a group of 20 Taliban insurgents attacked the local police checkpoint near the airbase, with one policeman and one insurgent killed in the exchange of fire.

There was no claim of responsibility for the attack from the Taliban.

Conceived during the Cold War, the Bagram Airfield saw the inception of the modern Afghan Air Force before serving as the main bastion for the invading Soviet army and later as the base of operations for the US in the war-ravaged country.

By vacating the sprawling facility overlooking Hindu Kush Mountains in Afghanistan’s historic town of Bagram, the US this week inched closer to ending its longest military engagement.

For their part, the Taliban hailed the withdrawal of US forces from the Bagram Airfield.

Separately, Afghanistan’s Civil Aviation Authority (CAA) announced that it was taking control of the radar and VSAT satellite communication network guiding flights from Bagram Airfield. Both the systems were deactivated before the NATO-led Operation Resolute Support vacated the facility, said the CAA.

In the wake of the US withdrawal, the Taliban have launched assaults across the country, overrunning more than 50 districts as the Afghan military have claimed killing roughly 200 insurgents in counter-terrorism operations on a daily basis.