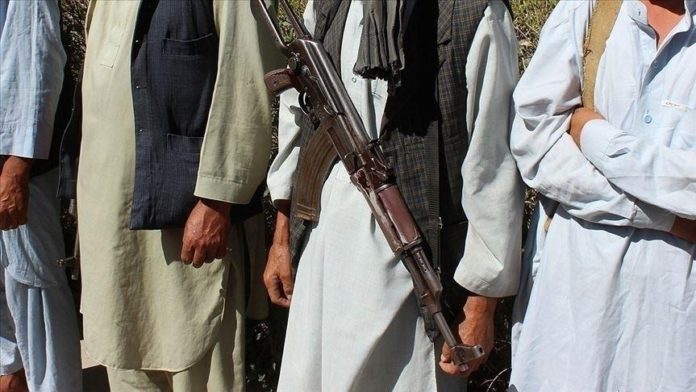 In a first assault on a major urban center since a peace deal with the US, the Taliban attacked central Ghazni city of Afghanistan, overrunning a number of check posts and capturing at least 30 security forces, officials confirmed Tuesday.

A member of the provincial council, Fatima Rahimi, told Anadolu Agency the Taliban attacked the city from southern side where many districts of the neighboring Maidan Wardak have already fallen to them.

“In the areas of Qala-e-Qazi, Qala-e-Azad, Gul-e-Sorkh, Sheikh-e-Agha, Kaj-e-Qala, Shahbaz and Niazi in the center of Ghazni province, two bases and 20 ‘mercenary’ enemy checkpoints were captured and 20 soldiers were arrested alive, others were killed and wounded,” stated the group’s spokesman, Qari Yousuf Ahmadi, in a statement.

Police spokesman Firdaus Faramarz told Anadolu Agency the incident took place in the Paghman area, and a probe has been launched. There was no immediate claim of responsibility.

A day earlier, the Taliban captured an Afghan National Army’s base with dozens of armored vehicles and large caches of arms and ammunition in the Muqar district of the province, sparking grim fears about the fall of Ghazni and nearby provinces.

In the wake of the US withdrawal, the Taliban are on the offensive nationwide overrunning more than 50 districts. On the other hand, the Afghan security and defense forces claim killing more than 100 insurgents in counter-terrorism operations on daily basis.

Amid ensuing violence, the control of four more districts was exchanged between the Afghan government forces and the Taliban with each taking control of two districts.

Meanwhile, a spokesman for the security forces, Ajmal Omar Shinwari, told a news conference in Kabul that the recently formed anti-Taliban militia force at the grassroots level across the country would work under the umbrella of the Afghan army.

“The members of the local uprising force will soon be regularly organized in military framework,” he said, adding that proper training and regulation of the force would be ensured.

Key Afghan politicians with background of anti-Taliban or anti-Soviet resistance are converging in their areas of influence to mobilize forces for a likely faceoff with the marching Taliban.

Skeptics of the idea fear without a robust regulatory mechanism, the distribution of arms and extension of impunity would plunge the country further into a deeper crisis.