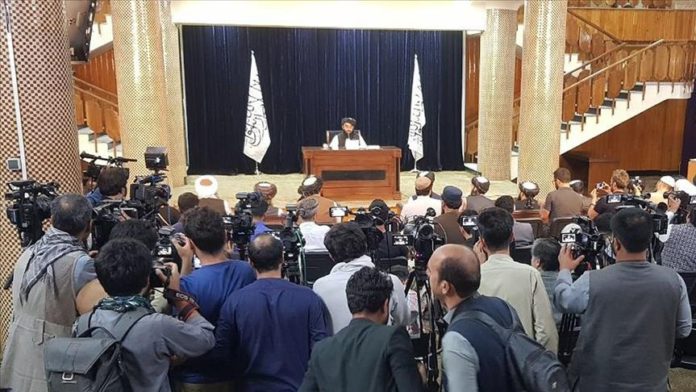 Just weeks after capturing the capital Kabul, the Taliban on Tuesday announced an “interim government” in Afghanistan to be led by Mullah Mohammad Hasan Akhund.

Zabiullah Mujahid announced the long-awaited 33-member cabinet one day after the Taliban said they had taken full control of the country.

After today’s phase one, more ministry officials will be named in phase two, said Zabihullah, adding that a ministry of women’s affairs is being considered.

Hassan Akhund, a founding Taliban member and head of its influential leadership council or Rehbari Shura, said they included people from different ethnic backgrounds in the interim government, with no discrimination.

Mohammad Yaqoob Mujahid, the son of the group’s late supreme leader Mullah Omar, got the defense portfolio in the interim setup.

Mujahid expressed hope that the new government will be recognized by the international community, particularly the Muslim world and neighboring countries.

“We are eager to collaborate with everyone, even the US, which we fought for 20 years,” he added.

However, he accused the US and previous governments of sowing social divisions, which he said “will not be tolerated from now on.”

The Taliban included people from many ethnic groups in the new setup, he said, citing the example of Qari Fasihuddin, a Badakhshan native who is in the interim cabinet.

Mujahid dismissed media claims saying Pakistan helped the Taliban capture the Panjshir Valley, the last area outside their control, saying: “This is the continuation of 20 years of propaganda against the Taliban.”

The Taliban have been subjected to dark propaganda for the past two decades, and “we will not accept this now,” he added.

Asked about a gathering in Kabul that was dispersed by Taliban security forces, he said it was part of Western propaganda intended to harm the reputation of the Taliban.

US campaign in Afghanistan ended in only tragedies, losses, according to...