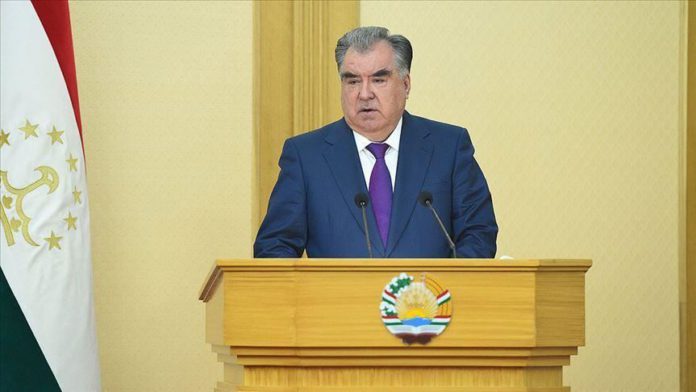 Tajikistan’s President Emomali Rahmon has been sworn in for a fifth term on Friday.

Tajikistan elects a president for a 7-year term. The previous election was held in 2013, also won by Rahmon.

Speaking at the oath-taking ceremony at the Kohi Somon Palace in the capital Dushanbe, the president said: “As the President, I swear to defend constitution and laws of the country, guarantee protection of rights, freedoms, honor and dignity of citizens, protect political, economic and cultural independence of Tajikistan, serve loyally to people.”

Rahmon said he aims to provide energy independence to Tajikistan within the next seven years, transform the country into a transit country, expedite its industrialization process, ensure food security and increase the welfare of the people.

He also said that his government aims to reduce poverty by 15% in the next seven years.