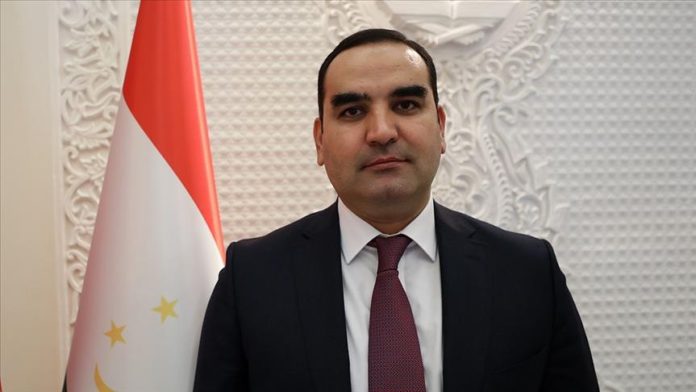 Tajikistan’s Ambassador in Ankara on Tuesday hailed the Tajik-Turkish relations, recalling that Turkey was one of the first countries to recognize his country’s independence in 1991.

“Turkey is an important friend and fraternal ally of Tajikistan in the international arena,” Ashraf Gulov told Anadolu Agency on the 30th anniversary of Tajikistan’s independence.

Gulov said Tajikistan and Turkey successfully cooperate with regional and international organizations such as the UN, its agencies, the Organization of Islamic Cooperation, and others.

Both countries support each other in the resolution of regional as well as international issues mostly by sharing the same idea and goal, he stressed, adding that Turkey has an important place in his country’s foreign policy, and that they continue to work on improving relations with a strong will in every field.

“We believe that our brotherly and friendly relations and productive cooperation with Turkey will have a bright future,” he said, and added that they are in favor of enhancing cooperation between the two countries in culture, education, health, and tourism.

Turkish cinema, music, and traditional cuisine are popular in Tajikistan, he noted, saying the further promotion will be provided in his country under programs recently signed between the countries.

Regarding the cooperation in the education field, he said 300 students from Tajikistan are studying at Turkey’s universities.

“We believe that they will be instrumental in strengthening the ties between the two countries soon,” he stressed.

On the bilateral economic relations, he said Tajikistan positively approaches direct investment from Turkey and provides all necessary facilities and infrastructure to the investors.

“Investment analysis shows that Turkish investments in Tajikistan have continued to rise in recent years,” he said, adding that Turkey’s investment was around $200 million in 2007-2020.