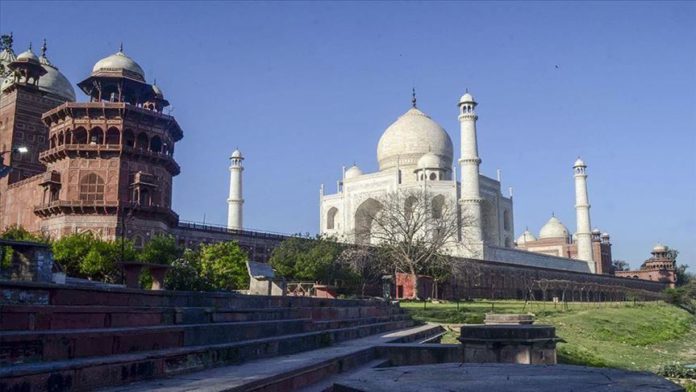 The country has started opening public spaces under the fourth round of easing the restrictions called Unlock-4. As a result, the 17th-century white marble mausoleum built by Mughal emperor Shah Jahan in the city of Agra opened its doors to tourists. It usually draws seven million visitors a year.

The world-renowned monument remained closed for the last six months due to the pandemic, confirmed the Archaeological Survey of India.

“Only 5,000 tourists will be allowed each day. Masks are mandatory to enter the monument and strict restrictions on group photography,” said Vasant Kumar Swarnkar, superintending archaeologist of the Archaeological Survey of India (Agra circle), in a video interview to a local media channel, Mojo Story.

Close to 4.4 million patients have recovered from the infection, pushing the recovery rate to 80.11%. The total number of cases in the country include one million active cases. The recovered patients exceed active cases by 3.3 million.

As per the Health Ministry data, 93,356 patients recovered from the infection in the last 24 hours, thus the recoveries exceed the daily cases for a third consecutive day.

Of the new confirmed cases, 76% are concentrated in only 10 states. These states account for 86% of the new fatalities.

He dispelled doubts raised over the failure of one vaccine in clinical trials and said: “Trials are continuing only after expert committee reappraisal.” He confirmed that over four coronavirus vaccines are in advanced stages of pre-clinical trial in India.

On Monday, the Drug Controller General of India also approved the commercial launch of a new paper-based test strip, called “Feluda,” to detect COVID-19 in less than 30 minutes. It is developed by the Council of Scientific and Industrial Research.

Pandemic situation gets worse in Russia