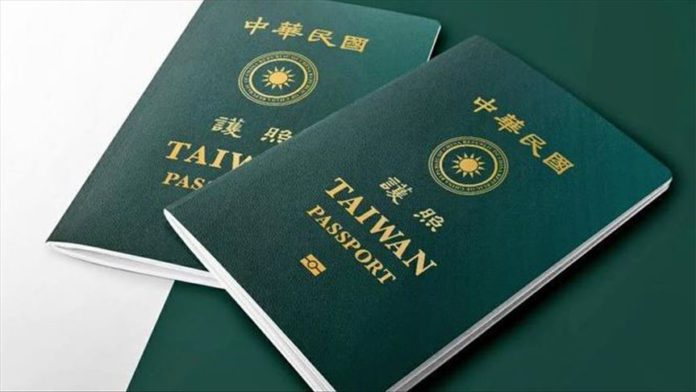 Taiwan has changed its passport design for “easier recognition & less confusion” with China.

The new passport will be used from January 2021, the Foreign Ministry said on Wednesday.

“Times change & so do passports. Flag of Taiwan is front & center of the new design. Greater visibility equals easier recognition & less confusion,” the ministry said in a tweet on Wednesday.

Taiwan, officially known as the Republic of China (ROC), denies Beijing’s claims that it is a “breakaway province” and insists on being recognized as an independent state.

At least 16 countries recognize it as such and have formal diplomatic relations with Taipei.

The new design has removed ROC from the passport cover and replaced it with “Taiwan Passport.”

The word “Taiwan” was added to the island nation’s passport cover in 2003.

“The design will help ensure the dignity and rights of Taiwan’s citizens when traveling abroad,” the ministry said.

“It will also mitigate inconvenience caused by other countries mistaking ROC [Taiwan] passports for those of China.”