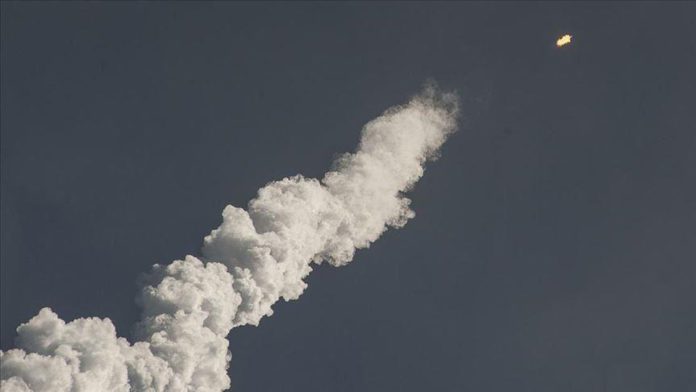 Taiwan on Thursday successfully tested surface-to-surface missiles with the highest trajectory altitude of “infinity,” according to the state-owned arms developer.

The test of missile, said to be Hsiung Feng IIE, with the “highest trajectory altitude of infinite” was conducted at Jioupeng Military Base in Pingtung County in Southern Taiwan, the National Chung-Shan​​​​​​​ Institute of Science and Technology said, as reported by daily Taiwan News reported.

It is first such military drill carried by Taiwan in 2021.

The missile test comes amid increased air and sea activities by China, the US and Taiwan in the Taiwan Strait.

Taipei has repeatedly complained of Beijing air crafts hovering over its air space over the past several weeks.

The test was carried out on Thursday morning in the midst of severe weather conditions, but the missile was “successfully launched at a 45-degree angle.”

The institute is expected to conduct more test launches in the coming days.

With the US expressing open support to Taiwan and selling high-tech weaponry to Taipei, China has increased its military operations in the region.

In the recent past, the US administration has increased bilateral engagements with Taiwan and has also sold defense equipment worth billions of dollars in 2019 alone.​​​​​​​​​​​​​​