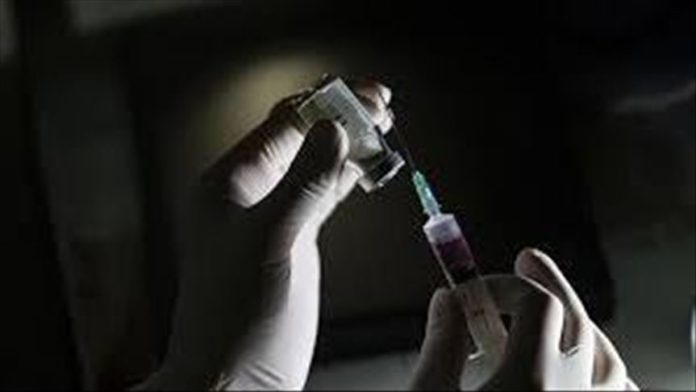 A potential COVID-19 vaccine jointly produced by Taiwan and the US has entered its final stage, said Taiwan’s Food and Drug Administration (FDA).

The vaccine — MVC-COV1901 — is being jointly developed by Taiwan’s Medigen Vaccine Biologics Corp. and the US National Institutes of Health, and was granted approval for human trials, daily Taiwan News reported on Thursday.

It is the third such potential vaccine being produced in the island nation. Adimmune Corp. and United Biomedical Inc. are also working on potential COVID-19 vaccines.

The vaccine had received conditional approval for clinical trials on Aug. 31 but was given full approval on Wednesday after Medigen submitted technical documents for additional review, Taiwan’s FDA said.

The vaccine developers are working for test trials for safety with 45 healthy participants and the trials are expected to be held at the National Taiwan University Hospital.

Taiwan has reported 515 coronavirus cases since the outbreak — with 423 of them imported, including one from Indonesia as reported on Thursday.

Seven people died due to the COVID-19 in the country.

Across the world, the pandemic has claimed more than 1 million lives in 188 countries and regions since last December when the infection was first reported in the Wuhan city of China.

Nearly 34.12 million cases have been reported worldwide, with recoveries surpassing 23.7 million, according to figures compiled by the US’ Johns Hopkins University.