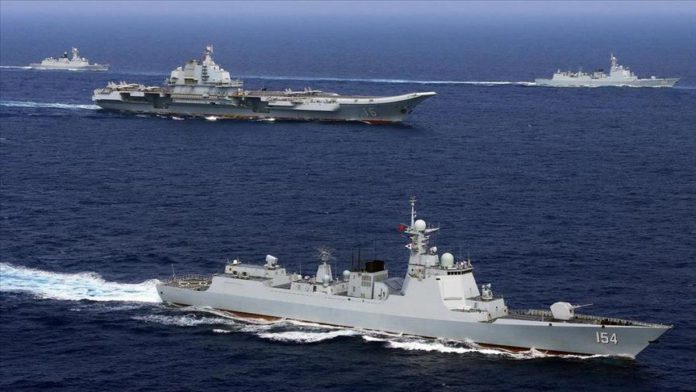 China began a third round of military drills near disputed areas in the South China Sea as Taiwan fears increased in tensions may lead to a cross-Taiwan Strait conflict.

The three-day live-fire drills will continue until Wednesday near the disputed Paracel Islands in the South China Sea, the daily South China Morning Post reported.

It is the third time this year that China’s Peoples Liberation Army (PLA) is holding military exercises in the South China Sea, which has witnessed tensions between China, the US and the basin’s surrounding countries.

The disputed Paracel Islands, which China calls the Xisha Islands, were occupied by Beijing in 1974 but are also claimed by Taiwan and Vietnam.

Earlier, the PLA held drills on July 1 and June 18, triggering criticism from Vietnam and the US.

Meanwhile, Taiwan’s Foreign Minister Joseph Wu alleged China was increasing “diplomatic suppression and military threats” which may lead to a military conflict in the Taiwan Strait.

Joseph told the Foreign and National Defense Committee of the island nation’s legislative body — locally known as Legislative Yuan — that the PLA naval vessels had been detected near Taiwan’s borders, while its fighter jets “frequently entered Taiwan’s air defense identification zone (ADIZ), even crossing the median or middle line on occasion.”

Taiwan has complained of “intrusions” by Chinese jets at least seven times between Sept. 16 and 24.

PLA jets early this month made rounds over the Taiwan Strait while a top US official was on a visit to Taipei, triggering anger in Beijing.

The so-called “middle line” in the Taiwan Strait was drawn by the US when it signed the Mutual Defense Treaty with Taiwan in 1954.

“Taiwanese can see and feel that tensions are continuously rising,” Joseph said, according to daily Taiwan News.

Referring to any possible help by the US in the case of a military conflict between Taipei and Beijing, the Taiwanese foreign minister said: “The Taiwan Relations Act only states the US will assist Taiwan in its defense capabilities.”

“A conflict between Taiwan and China would [not] be a proxy war because Taiwan is a sovereign and independent country,” he added when asked by the committee whether Taiwan would be fighting the US war against China in case of any conflict.