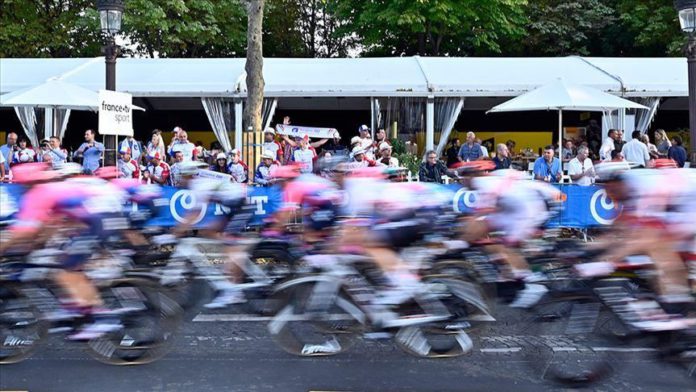 Despite the novel coronavirus pandemic, nearly 200 cyclists from eight teams managed to gather from all over the globe to compete for the top spot in the 117th Tour de France.

On Saturday, a new champion was crowned: Tadej Pogacar, a native of Slovakia, who came from behind in the last leg’s final minutes to edge out his competitor and fellow countryman, Primoz Roglic, in 57 seconds. It was his first time competing in the Tour de France.

Pogacar is the youngest-ever winner of the race, breaking the record set by Frenchman Henri Cornet in only the second year of the race in 1904. Pogacar was 21 on Saturday when he crossed the finish line, but celebrated his 22nd birthday on Monday. He is also the first Slovenian to win the race.

“This is just the top of the top; I cannot describe these feelings with words. This is incredible, standing here on the first step of the podium on the Champs Elysees. I never thought I would do it,” Pogacar told MSNBC after his victory.

Known as the world’s largest annual sporting event, the Tour started in 1903 and kicks off each year in a different locale, winding its way through the French countryside. Some of cycling’s most challenging stretches are found in the Tour’s steep inclines in the Pyrenees and Alps mountain ranges.

The Tour de France allows only male competitors to participate.

Given the coronavirus pandemic, the Tour had to be postponed from July, when it is traditionally held, to the three weeks between Aug. 29 and Sept. 20. Tour dates have only been altered twice before in history — during the two world wars — occasionally also passing through other countries.

Pogacar captured three separate jerseys which, along with the trophy, signify different types of wins. The coveted yellow jersey is reserved for the best time; the polka-dot for “King of the Mountains” — or the rider who gains the most points by being first to reach the summits; and the white jersey for Best Rider Under 25.

Runner-up Roglic, 29, stood by Pogacar’s side in second place on the podium, and Tasmanian Richie Port, 38, took third.

Irishman Sam Bennett made it across the finish line on Sunday, capturing the day’s green jersey for the most points earned.

Pogacar’s mother and father Marjeta and Mirko, were front and center for the entire race circuit, expressing joy along at the turn of events.

“We are overwhelmed. We never thought it would come to this. We are so happy,” said Marjeta Pogacar.

President Macron welcomed President Borut Pahor, the leader of Slovakia, to the Elysee Palace on Monday morning for a celebration.