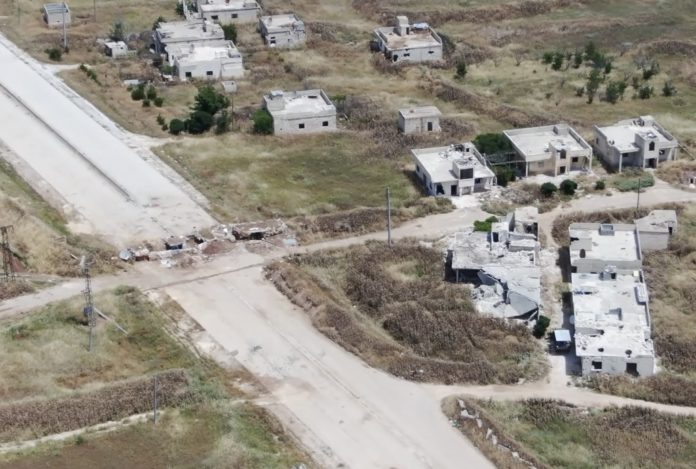 The YPG/PKK terror group is using a sophisticated network of tunnels in the Tal Rifat district in northern Syria to hide and transfer weapons to the front lines.

PKK/YPG terrorists continue to hide in Tal Rifat, a mere 18 kilometers (11 miles) from the Turkish border with a front line to the Operation Euphrates Shield zone, where Turkish security forces have been providing security since 2016-2017.

The tunnels lead to several settlement areas and the front line.

Some tunnels are hidden underneath concrete barriers and sand. The tunnels are 1.5 meters wide and 2 to 2.2 meters high.

After spotting an Anadolu Agency drone taking footage, a terrorist tried to shoot it down.

An investigation by an Anadolu Agency team on the ground also showed that a tunnel opens to an old teachers’ training institution, signifying civilian infrastructure is being used by the terrorists.

In Türkiye’s previous cross-border operations, tunnels were discovered that led to houses, schools, hospitals, and places of worship that were built by terrorists to use civilians as human shields.

The YPG/PKK terror group often attacks Jarabulus, Afrin, and Azaz from the Manbij and Tal Rifat areas in Syria.

The YPG/PKK terrorists often target Turkish security forces who provide security in the areas of Operation Euphrates Shield, Olive Branch, and Peace Spring and try to infiltrate the positions of Syrian opposition fighters from regions that the terror group was supposed to withdraw from under the agreements with the US and Russia.

In its more than 35-year terror campaign against Türkiye, the PKK — listed as a terror organization by Türkiye, the US, and the EU — has been responsible for the deaths of over 40,000 people, including women, children, and infants. The YPG is the PKK terror group’s Syrian offshoot. 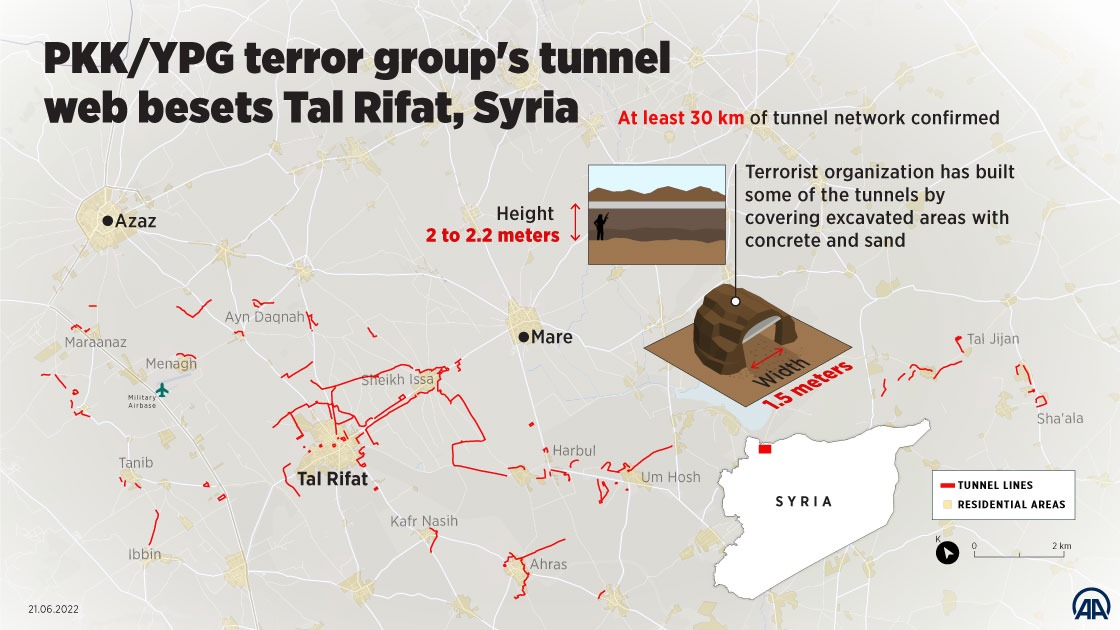