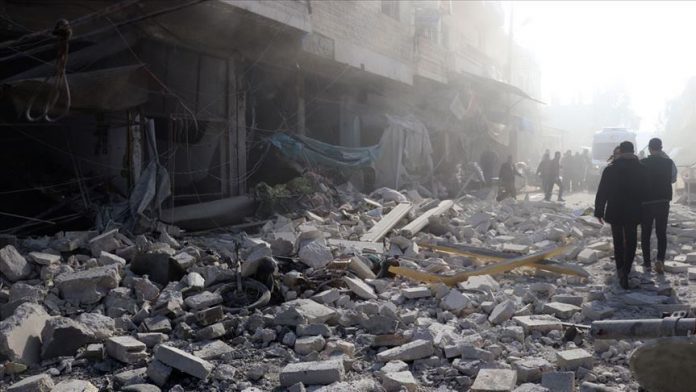 The regime forces ignored agreements reached in Astana and Sochi as part of the Syrian peace process and captured the largest district of Idlib after prolonged violent clashes with opposition and anti-regime armed groups.

The regime forces, consisting of the Assad regime’s army and Iran-backed foreign terrorist groups, continues to advance from land to the south and southeast of Idlib.

The regime forces seized 15 settlements in the southeast of Idlib with Russian air support and surrounded Maarat al-Numan.