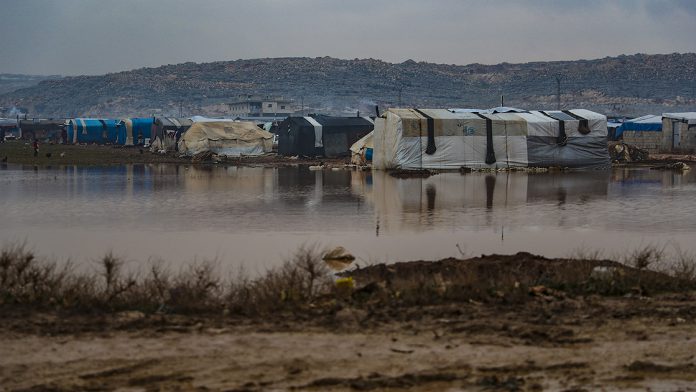 Living in a mud-drenched camp with only a makeshift tent as protection from the freezing weather is more difficult than facing the regime’s bombs, a Syrian teenager who took refuge with her family in Idlib, northwestern Syria told Anadolu Agency.

Erva Mervan, 13, is one of many who came to the camp in the southern Idlib, fleeing her hometown and attacks from Russian-backed Assad regime forces.

They are now struggling to survive the winter cold and heavy rains in the camp which houses around 130 families in a declared de-escalation zone in the province.