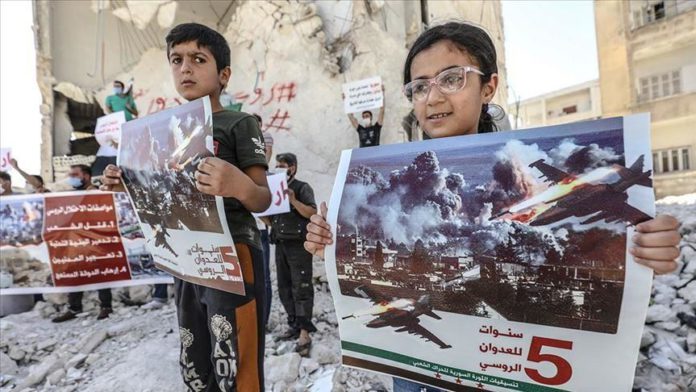 Dozens of Syrians demonstrated in Idlib, a city in northwestern Syria, to mark five years of Russia’s intervention in the civil war supporting Bashar Al-Assad’s regime.

The protesters who stood amid the rubble of houses destroyed by Russian bombing raised slogans such as “the Russian occupiers must leave” and “Putin and his warplanes destroyed the most ancient civilization in history”.

One of the protesters, Mustafa Manna, told Anadolu Agency that Russia backed the regime in killing and displacing civilians.

“It [Russia] has brought to the country nothing but devastation and destruction,” he said, adding that even schools, hospitals, and residential neighborhoods have not been spared.

Russia intervened directly in Syria in late 2015 allegedly at an official request of the Syrian regime.

During the past few years, Russian warplanes targeted the areas under the control of the Syrian opposition, initially launching attacks from the Hmeimim Air Base in the west of the country.

Human rights organizations have published several reports accusing Russia of the death of tens of thousands of civilians in Syria since its intervention in 2015. 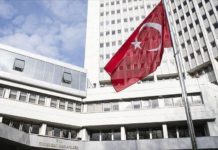 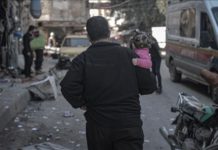