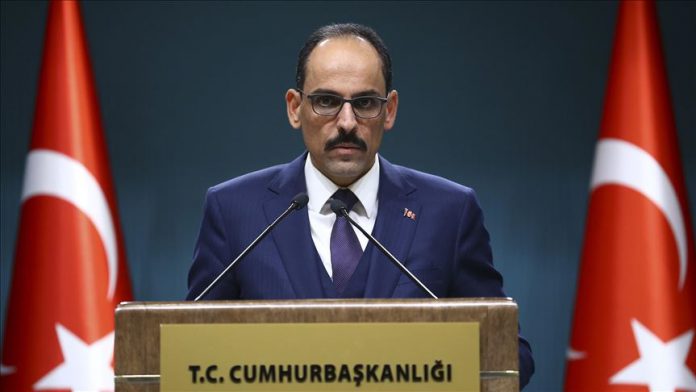 Syrians should be prioritized over the national agendas pushed by various countries that are using the conflict in Syria as a theater for proxy wars, Turkey’s presidential spokesperson said Saturday.

Attending the 19th Doha Forum, a panel on Syria in the Qatari capital of Doha, Ibrahim Kalin asked whether, after “eight years of fighting”, the Syrian crisis was “seen by some as a political opportunity to advance other political agenda in the region”.

Underlining that the conflict in Syria must come to an end, Kalin argued that it has been a scene of much “grandstanding” and “political muscling in

Read more: 'Syrians must be put first amid proxy war in country'