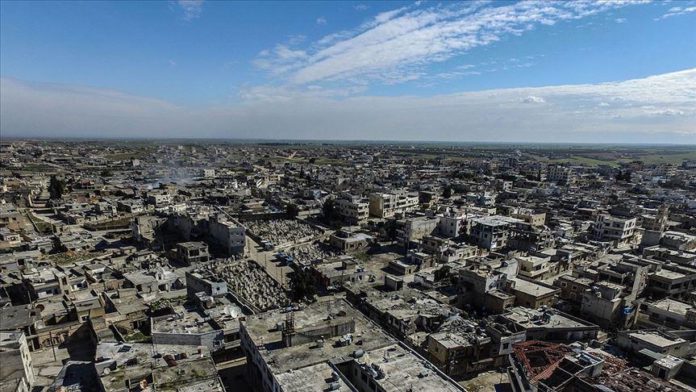 A demonstration was held in the central Hama province on Thursday to mark the 1982 massacre in the region by the Syrian regime.

Some 20 people were arrested after the protest, which saw young men tearing down pictures of Bashar al-Assad and writing anti-regime slogans on walls, local sources said.

Security personnel were deployed in the area after the demonstration, the sources added.

Tens of thousands of civilians were killed in 1982 when the regime of Hafez al-Assad, father of Bashar al-Assad, carried out an all-out offensive against the people of Hama.

In an operation led by Rifaat al-Assad, brother of Hafez al-Assad, Hama city was cordoned off and bombed before troops stormed in to slaughter civilians.