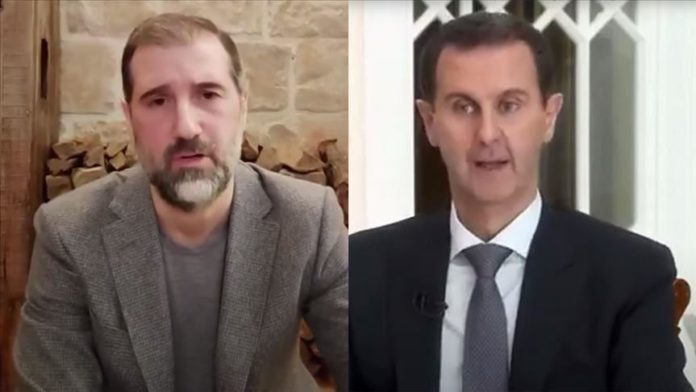 Syrian businessman Rami Makhlouf and the Bashar al-Assad regime have traded accusations over profits sharing of a cellular operator company.

On Tuesday, Makhlouf, a billionaire cousin of the head of the Syrian regime, said in a Facebook post that his movable and immovable properties were held under “precautionary seizure”.

But the regime’s Justice Ministry denied the businessman’s claims in a Facebook post on Wednesday, saying the document being circulated on social media was forged.

On Monday, the regime’s communications authority described Makhlouf’s claims about regime pressure on him as a “deception and evasive campaign aimed at evading the payment of public treasury rights”.

Makhlouf has released video clips in recent weeks complaining about being asked to pay additional billions of Syria lira in taxes as well as threats by security apparatus against his employees.

The Syrian economy has seen a significant decline since the outbreak of the Syrian uprising and subsequent military operations, the most prominent manifestation of which was the collapse in the value of the Syrian lira, which has an exchange rate now of $1 to 1,300 Syrian liras.

US stocks trying to recover with OPEC+ meeting on focus