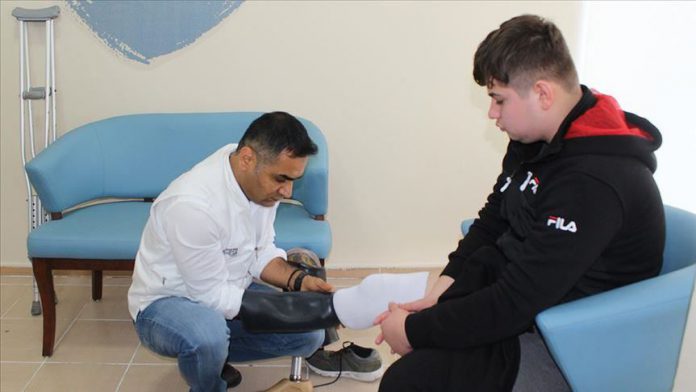 After losing a leg in an Assad regime bomb attack, now a Syrian teen can walk again with the help of a prosthetic leg provided by a Turkish NGO.

After coming to Sanliurfa, southeastern Turkey with his mother and two brothers, Dabbe realized his dream of walking again when Worldwide Doctors (Yeryuzu Doktorlari), an Istanbul-based group, provided him with an artificial leg.

Dabbe lost his right leg four years ago in an attack on a bus he was taking with his mother on the highway linking Raqqa and Damascus, Syria.