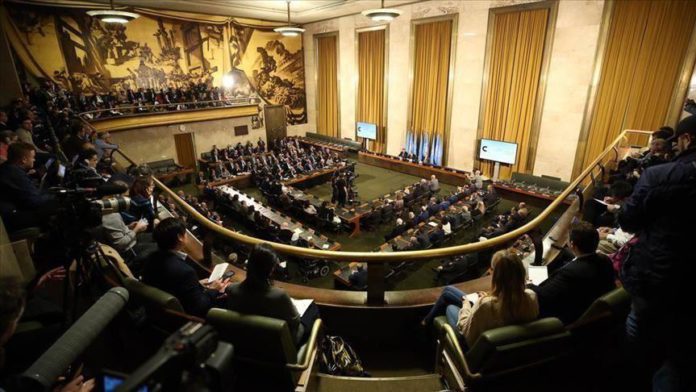 The Syrian peace talks involving representatives of both the Syrian regime and the opposition will resume on Thursday, following a short break as some delegates tested positive for COVID-19.

The office of the Special Envoy for Syria Geir Pedersen said in a statement that the rescheduled talks, which has been on hold since Monday, are set to resume at 2 p.m. Geneva time (1200GMT).

The representatives at the talks can resume their meetings, “with full social distancing and related precautions in place,” said the UN.

The Syrian peace talks had started well Monday, according to the main opposition leader, Hadi al-Bahra, former head of the Syrian National Coalition for Opposition and Revolutionary Forces and the meeting’s co-chair.

But the talks were halted due to four of the participants’ testing positive for the novel coronavirus, the UN had said.

Ahmad Kuzbari, representing the Bashar al-Assad regime as co-chair, was not available for comment after the talks halted.

The UN did not say which delegation among 45 participants was found to have the virus, but opposition sources told Anadolu Agency they believed those who tested positive had come from Damascus, Syria’s capital.