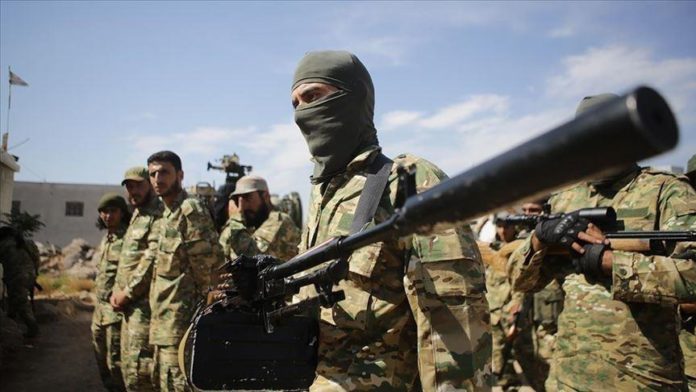 A soldier of the Syrian National Army was martyred Sunday when a bomb-laden motorcycle exploded in Syria’s Ras Al-Ayn district.

Syrian National Army forces seized the motorcycle in Aliyah village and loaded it into a pickup truck to neutralize it in a safe place.

One soldier was killed and two others were wounded when the motorcycle exploded.

The YPG/PKK terrorist organization has been attempting to carry out terrorist attacks in crowded places using motorcycles and vehicles it has stolen.

Ras al-Ayn was liberated from YPG/PKK terrorists on Oct. 12, 2019 as part of Turkey’s Operation Peace Spring, which was launched to secure Turkey’s borders by eliminating the terror group from northern Syria, east of the Euphrates River, aid in the safe return of Syrian refugees and ensure Syria’s territorial integrity.

The terrorists, however, continue to carry out attacks in Ras al-Ayn and the nearby city of Tal Abyad, despite their withdrawal from the border area following negotiations between the US and Turkey on Oct. 17, 2019.

In its more than 35-year terror campaign against Turkey, the PKK – listed as a terrorist organization by Turkey, the US and the European Union – has been responsible for the deaths of at least 40,000 people, including women, children and infants. The YPG is the PKK’s Syrian branch.