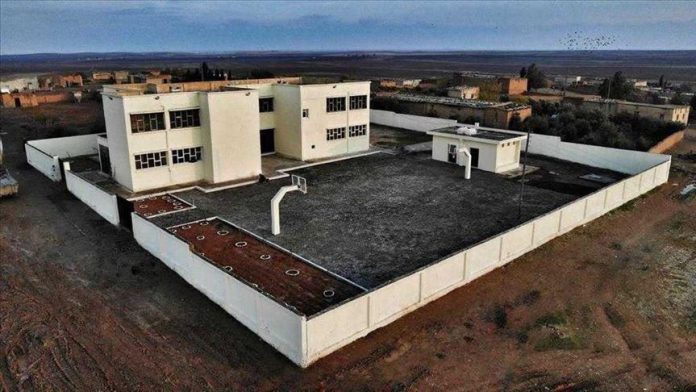 Turkey has turned a school in northern Syria back into an education center Thursday after it was used as a base by the terror group YPG/PKK.

The transformation came amid Turkey’s anti-terror operations in northern Syria.

A month of renovations at the school were just completed, said a Thursday statement by the governor’s office in Sanliurfa, southern Turkey, on the border with Syria.

The Nukra School in Ras al-Ayn, Syria has 13 classrooms and is ready for elementary and middle school students.

The statement said students were given clothing and stationery supplies, while local boys got free haircuts.

Read more: Syrian school renovated after being used as terror base