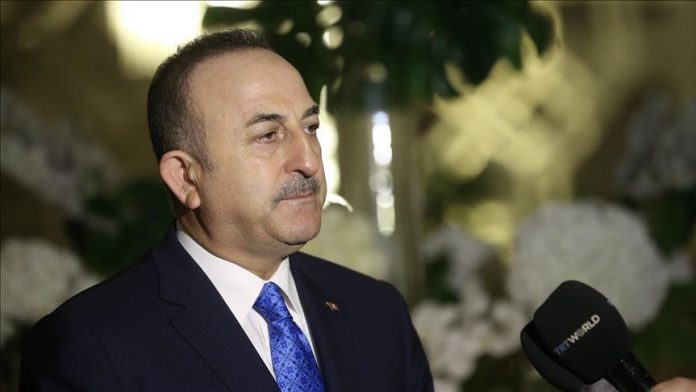 The Syrian regime’s aggression in the country’s northwestern Idlib province must be immediately stopped, Turkish Foreign Minister said on Saturday.

“The regime’s aggression must be stopped immediately. We have 34 martyrs after the regime’s treacherous attack. These attacks will not deter us from our determination. This determination has become stronger,” Mevlut Cavusoglu told reporters in Qatar’s capital city of Doha.

Cavusoglu stressed that Turkey has given “the necessary response”, referring to the Turkish strikes on the Bashar-al Assad regime elements following Thursday’s deadly attack on Turkish troops in the Idlib de-escalation zone.

Read more: 'Syrian regime's aggression in Idlib must be stopped’