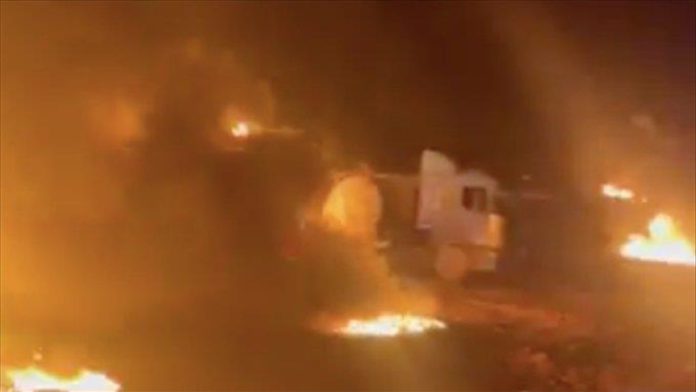 “After the firing started in the [Operation] Euphrates Shield area and civilians were targeted, a notification was sent to the Russian Federation side to stop the shooting [by the Syrian regime], and the determined targets were put under fire,” the ministry said on Twitter.

The ministry also emphasized that the Turkish troops in the region “have been alerted” and the developments are being followed.

Turkey launched Operation Euphrates Shield in northern Syria on Aug. 24, 2016 to eliminate Daesh/ISIS and other terrorists and help facilitate the safe and voluntary return of Syrians to their homes.

The operation lasted 216 days and ended on March 29, 2017. During the operation, more than 2,600 Daesh/ISIS terrorists were killed and 413 terrorists neutralized. Jarablus, Al-Rai, Dabiq, Qabasin and al-Bab were all liberated from terrorists.

The other two successful anti-terror operations that Turkey has launched since 2016 across its border in northern Syria are Olive Branch (2018) and Peace Spring (2019).