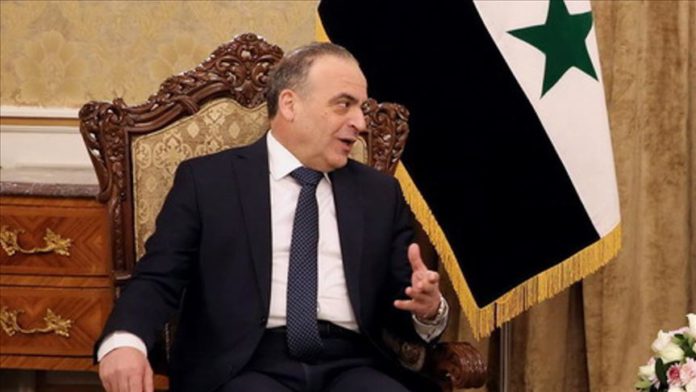 Head of the Syrian regime, Bashar al-Assad, on Thursday removed Prime Minister Imad Khamis from his post, according to the regime’s SANA news agency.

Al-Assad tasked Minister of Water Resources engineer Hussein Arnous with the mission of prime minister in addition to his post,” the news agency said.

The dismissal came after the deteriorating economic situation in Syria and the devaluation of the Syrian lira to unprecedented levels.

The collapse of the lira led to economic recession which prompted the closure of commercial stores in many Syrian provinces.

The devaluation of the country’s currency coincides with an anticipation that the first phase of a US sanctions package, known as the Caesar Syria Civilian Protection Act, will be implemented,

The first phase of the package includes a series of economic sanctions against the Syrian regime and its allies as well as the companies and individuals associated with it, with other punitive measures to follow.

The act is named after a regime’s forensic military cameraman who held “Caesar” nickname after he defected from the regime in 2013, and joined the opposition with thousands of photos documenting the mass killings committed by the regime forces against its opponents during the war in Syria since 2011.