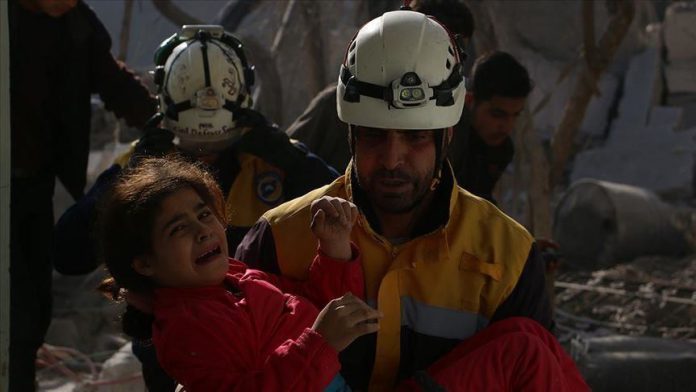 Since the eruption of the bloody civil war in Syria in 2011, the Assad regime and Russia attacks killed nearly 1,000 humanitarian workers, according to a Syrian human rights watchdog on Wednesday.

A total of 979 humanitarian workers, 882 of which were killed by the Assad regime and 97 by Russia in March 2011-December 2019, according to a report by the Syrian Network for Human Rights (SNHR).

The Assad regime targeted humanitarian workers’ facilities and vehicles for 1,044 times, whereas the Russian forces for 403.

Over 3,800 humanitarian workers are still detained or forcibly disappeared at the hands of

Committed to One China principle: Beijing on Taiwan