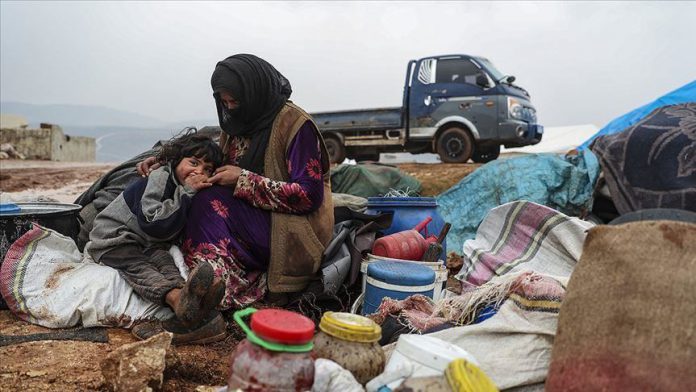 The Bashar al-Assad regime in Syria is forcing civilians in the country’s northwest to flee their houses amid a cease-fire there, according to an Anadolu Agency correspondent on the ground on Sunday.

The regime helicopters threw a written statement in the rural areas of the northwestern Aleppo province in the Idlib de-escalation zone.

The statement said that there is no return from the decision on clearing Idlib and western Aleppo of “terrorists”. It asserted that the presence of civilians prevented the regime forces from fighting “terrorists”.