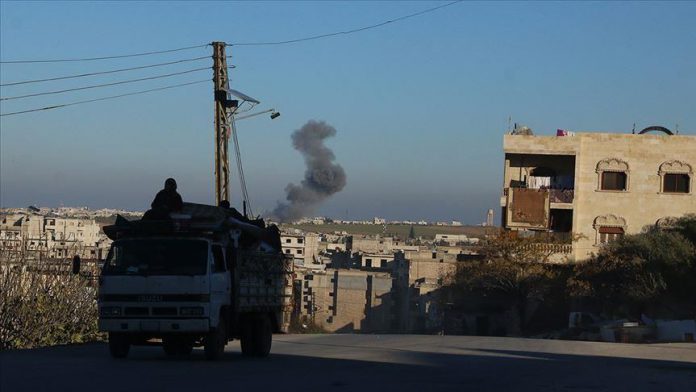 Syria’s Bashar al-Assad regime backed by Russia and Iran has captured 40 residential areas over the past five days in the northwestern Idlib province, despite the region being designated a de-escalation zone.

Since the offensive began on Dec. 20, the regime and its allies have launched a military campaign mainly in the cities of Maarat Al-Numan and Saraqib as well as the surrounding rural areas.

Despite the area being part of a de-escalation zone, the regime and its allies on Tuesday night took control of five more villages in Maarat Al-Numan, bringing the number of seized villages to