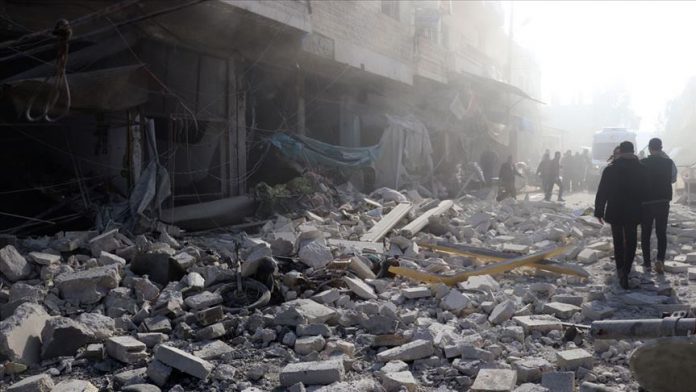 At least 10 civilians were killed, 20 others injured on Sunday in Syrian regime’s intensified attacks on settlement areas in Idlib de-escalation zone, according to initial reports.

Regime forces consisting of the Bashar al-Assad army and Iran-backed foreign terrorist groups continue air and land attacks on Maarat Al-Numan, Saraqib and Ariha districts and surrounding rural areas in southern Idlib, as well as the village of Barna located west of Aleppo since early morning.

The initial reports suggest that seven civilians in Ariha, one in Saraqib and two in the village of Barna were killed