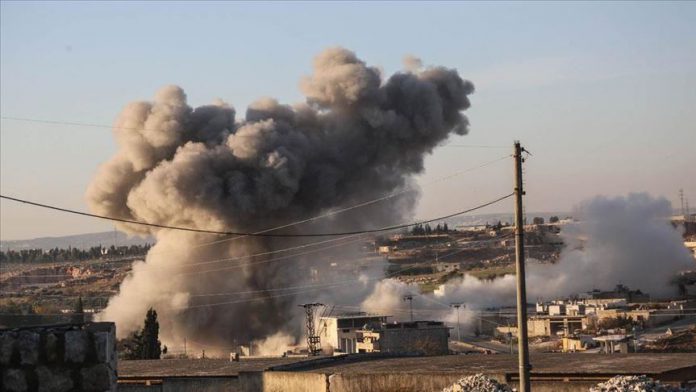 Syrian regime forces, Russia and Iran backed-groups on Monday seized 12 villages in northwestern Syria, despite a de-escalation zone in the region.

The move increased the number of villages captured by the Assad regime and its allies to 26 since Dec. 20.

Over a million Syrians have moved near the Turkish