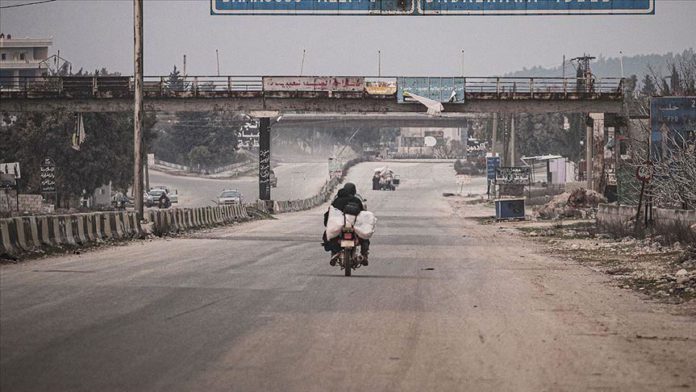 While the Assad regime on Sunday is holding parliamentary elections for the third time amid the ongoing Syrian civil war, the opposition has blasted the polls as an illegitimate sham.

More than half of the Syrian people have been displaced by the Assad regime and so are unable to take part in the elections, which were postponed due to the coronavirus pandemic.

The population of the country before the start of the civil war in 2011 was around 22-23 million, according to UN data.

Around 6.7 million Syrian were forced to leave the country and also about 7-8 million people were displaced during the civil war.

In addition to about 61% of the country’s territory dominated by the regime, elections are also being held in the northeastern Al-Hasakah province controlled by the terrorist group YPG/PKK.

The elections will not be held in regions controlled by opposition groups.

Syria’s 250-seat parliament has a large number of businesspeople, tribal leaders, and so-called independents, all known for long being close to the regime.

According to regime media, over 1,600 candidates are competing in the polls.

The Syrian opposition, which describes the parliament as a “council of war,” argues that the regime manipulates the elections by only letting figures close to it run for office.

The elections are being held by an “illegitimate regime” and are thus invalid, Naser al-Hariri, head of the National Coalition for Syrian Revolutionary and Opposition Forces, told Anadolu Agency.

Legitimate elections, in contrast, are held transparently under public supervision, with the participation of the entire public and NGOs and the free press, said Hariri. There should be no fear of intervention by the army or security forces, he added.

Since more than half of the Syrian people were displaced, they cannot vote and the will of the people will not be represented at the ballot box, he said.

Some of the candidates in the elections face international sanctions due to their involvement in crimes against the Syrian people, he noted.

Calling the elections theater, Abdurrahman Mustafa, the head of Syria’s interim opposition government, said: “By holding sham elections, they are trying to run away from the political process.”

They do not care about detainees, the homeless, the displaced, or anybody who leaves the country, Mustafa said, adding they are trying to stay in power in Syria without worrying about bloodshed.

Hundreds of thousands of people have been killed, according to UN estimates.