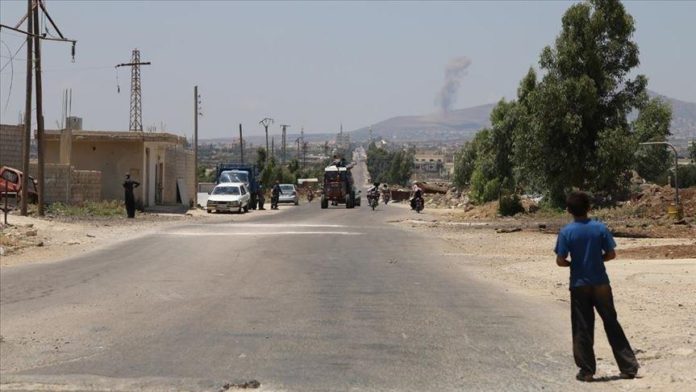 The Bashar Assad regime in Syria has seized a neighborhood of 40,000 residents in the center of Daraa province in the south for eight days to prevent access of basic human materials.

On June 25, the regime and its supporter, Russia, asked residents in the Daraa al-Balad neighborhood and the former military opposition there, to surrender light arms and allow houses to be searched.

The Daraa-based Reconciliation Center and local public figures in the region opposed the request on grounds that it was against an agreement reached with the regime in July 2018, under the mediation of Russia, which ceding only heavy weapons of the opposition.

The regime responded by imposing a full blockade on civilians.

The regime banned the entry of basic humanitarian materials such as medicine, food materials and fuel by barring entry and exits of the region for eight days, and counting.

According to activists, another reason for the blockade is that residents objected to setting up ballot boxes across the province for the so-called presidential election.

Hundreds of civilians in Daraa al-Balad gathered in the courtyard of the al-Omari Mosque after Friday prayers to protest the blockade.

Demonstrators raised banners reading anti-regime slogans including: “We are here, we are resisting.”

Following the Syria civil war which started in 2011, Daraa remained under Syrian opposition’s control for years.

In 2018, Russia, along with the regime, signed a deal allowing thousands of rebels and civilians safe passage to other opposition-held regions while they launched an attack in Daraa, the birthplace of the Syrian revolution.