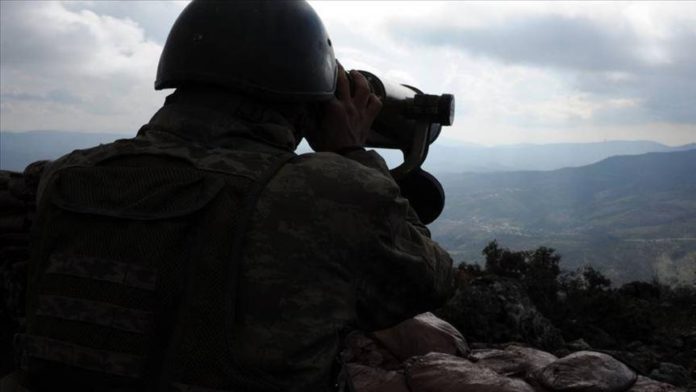 YPG/PKK terrorists tried to infiltrate a village near the front line of SNA soldiers in Tal Abyad district, which was liberated from terrorists by Turkey and the SNA.

A clash then took place between SNA soldiers and the terrorists, during which the SNA troops held them back.

On Oct. 9, 2019, Turkey – with the help of the opposition-based SNA – launched Operation Peace Spring to eliminate terrorists from northern Syria east of the Euphrates River in order to secure Turkey’s borders, aid in the safe return of Syrian refugees and ensure Syria’s territorial integrity.

On Oct. 22 that year, Ankara and Moscow reached a deal under which the YPG/PKK pulled back 30 kilometers (18.6 miles) south of Turkey’s border with northern Syria.

In its more than 35-year terror campaign against Turkey, the PKK – listed as a terrorist organization by Turkey, the US and the European Union – has been responsible for the deaths of at least 40,000 people, including women, children and infants. The YPG is the PKK’s Syrian offshoot.