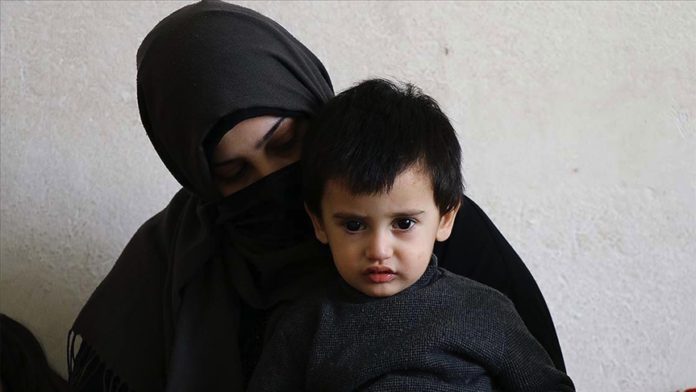 A Syrian mother in Turkey has appealed for financial support to meet treatment and surgery costs for her child whose eyesight is affected due to a brain tumor.

Eighteen-month-old Abdullah Dilli’s family fled violence in Aleppo, Syria eight years ago, and all are now settled in the central Turkish province of Kayseri.

The child, born in the central region, started losing vision six months ago, according to his mother Emine Dilli.

She told Anadolu Agency that Abdullah has lost full vision in his right eye, and risks complete blindness if not treated urgently.

But the cost for his planned eye surgery at the Gazi University Hospital in Ankara, and imported eye drops is not affordable for the poor family with four children.

“We ask for help so that he does not lose his left eye,” Emine said. “We have spent all the money we had.”

Loss of vision due to brain tumor is gradual, beginning with blurry vision, double vision or an increasing blind spot.

Syria’s health care infrastructure is in shambles due to a civil war that started when the Assad regime cracked down on pro-democracy protesters in early 2011. Hundreds of thousands of people have been killed and displaced since then.