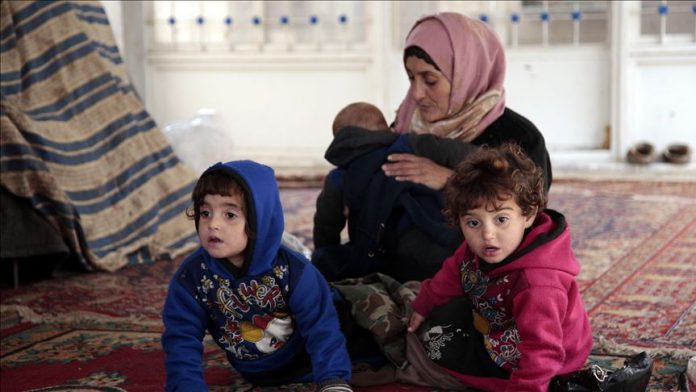 At least 49 families have taken refuge in a mosque in the Syrian city of Idlib to escape attacks on civilians by the Bashar al-Assad regime and Russian forces.

The severe winter weather is also making life difficult, although the Turkish Red Crescent is supplying food and blankets to the displaced.

Speaking to Anadolu Agency, Abdullah Sharaf al-Din, who is among those sheltering in the mosque, said they had to leave their homes to escape the violent bombings by Russia and the Syrian regime in their area.