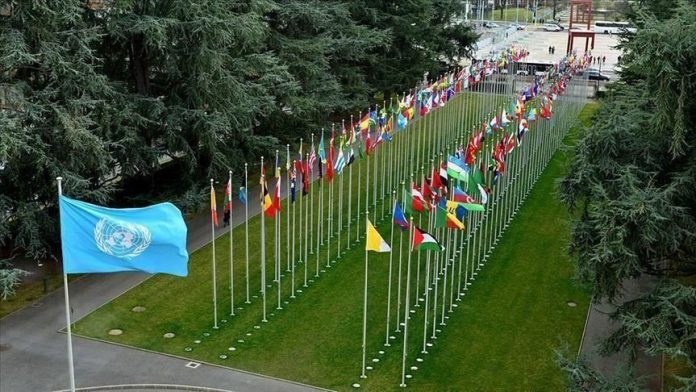 Syrian Constitutional Committee — made up of opposition, civil society and regime members — began its work on Wednesday in Geneva with the UN’s facilitation.

The committee is mandated, within the context of a UN-facilitated Geneva process, to prepare and draft for popular approval a constitutional reform that will pave the way for a political settlement in Syria.

UN special envoy for Syria Geir Pedersen, together with the Constitutional Committee co-chairs, Ahmad Kuzbari from the Syrian regime, and Hadi Albahra from the opposition, launched the start of the committee’s work in an opening ceremony with its 150 members.