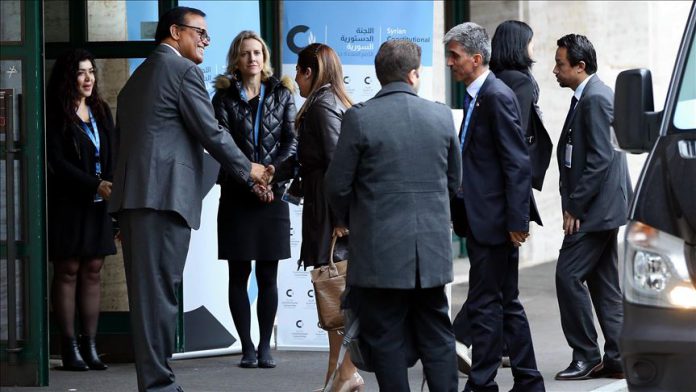 The Syrian Constitutional Committee — made up of members of the opposition, civil society, and regime — began its second day of work on Thursday in Geneva with talks on a constitutional roadmap.

The committee is mandated, within the context of a UN-facilitated Geneva process, to prepare and draft constitutional reforms paving the way for a political settlement in Syria, to be held to popular approval.

Special UN Envoy for Syria Geir Pedersen, together with Constitutional Committee co-chairs Ahmad Kuzbari from the Syrian regime and Hadi Albahra from the opposition, chaired the meeting after the previous’ day’s opening ceremony